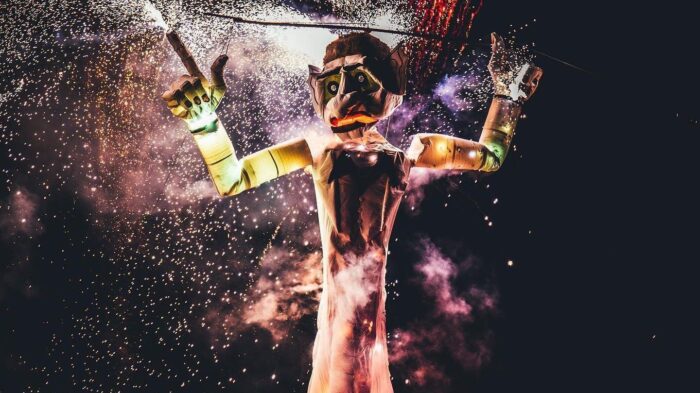 By Anna Padilla for KRQE News

Old Man Gloom has a new voice. Bernalillo County Judge Bill Parnall emerged from dozens of contenders. He’ll provide the signature growling wail for the 50-foot marionette at this year’s burning of Zozobra.

Parnall has been attending the event for decades. “The band I played with in the 1980s called Lawyers, Guns, and Money performed at the foot of Zozobra in the 1980s. In fact, we had to get our equipment out of the way because the fire was coming and we had to make sure the equipment didn’t get burned,” Parnall said.

Parnall says he believes his performing background will help him convey the power and emotion of Old Man Gloom, who goes up in flames each year in Santa Fe to burn away people’s worries. “I’m very proud to be part of this event. It’s a treasure, it’s a tradition. I’m a New Mexico boy, I was raised here in the South Valley,” Parnall said.

The previous voice of Zozobra, Michael Ellis, stepped down from the role after a 10-year stint for medical reasons. This year’s burning of Zozobra is on September 2nd at Fort Marcy Park.